The ocean is a vital source of the oxygen we breathe, and finding solutions to keep the ocean healthy is one of humanity’s greatest present challenges. At DSA, we’re always inspired by and 100% supportive of what our ocean engineering colleagues are doing to protect the ocean.

It is worth noting that the world’s oceans are absolutely remarkable and critical to life. They generate half of the oxygen that we breathe! The oceans act as a thermostat to regulate the Earth’s temperature and support our planet’s biodiversity. Seamlessly water travels from the oceans, into the atmosphere, into lakes and rivers, and then back into the ocean.

The Ocean Cleanup Foundation estimates that there are over five trillion pieces of plastic littering the ocean, with much of it accumulated in 5 large garbage patches. Cleaning the ocean of marine litter is a key focus for World Oceans Day 2018.

Both exploring and researching the ocean, and sustainably working in the ocean is critical to ocean protection. This is where we as ocean engineers come in. From designing equipment to clean up trash to building green ships, to finding new ways to enable protection of coral reefs – ocean engineers are driving the shift towards sustainability.

How to Clean up Five Trillion Pieces of Floating Garbage

By harnessing ocean currents, and solar energy, the Ocean Cleanup has designed an innovative system to collect plastics (as small as 1cm) from the ocean. The system works by deploying a deep sea anchor and mooring system, creating a massive “u” shaped collection device comprised of high-density polyethylene (HDPE) and recycled material. This “u” shape becomes a catch-all system, using the currents to funnel floating debris to the centre of the “u.” These floaters (as the company calls them) will be up to 2 km in length.

The Ocean Cleanup expects full-scale deployment of their first operational cleanup system in the Great Pacific Garbage Patch (GPGP) by mid-2018. A study published in Scientific Reports estimated that the GPGP is 1.6 million km². The Ocean Cleanup’s system is projected to reduce the size of the GPGP by 50% in five years.

To learn more about The Ocean Cleanup, please visit their website.

How to Reduce Emissions in Marine Shipping

Yara International and Kongsberg are developing the world’s first fully electric, autonomous container ship with zero emissions. Known as the YARA Birkeland, the vessel will be an entirely battery-powered solution prepared for autonomous and unmanned operation. The YARA will have the ability to load and discharge cargo using electric cranes and equipment, and will be equipped with an automatic mooring system, allowing for berthing and unberthing to be done without human intervention, and will it not require specialized implementations dock-side. There are interesting opportunities to increase safety and reduce accidents that may lead to additional spills and pollution.2

Yara and Kongsberg estimate this vessel can reduce NOx and CO2 emissions by reducing diesel-powered truck transport by roughly 40,000 journeys per year.

To learn more about Yara Birkeland, please visit their website.

How the Scuba Droid Explores the Depths like a Human 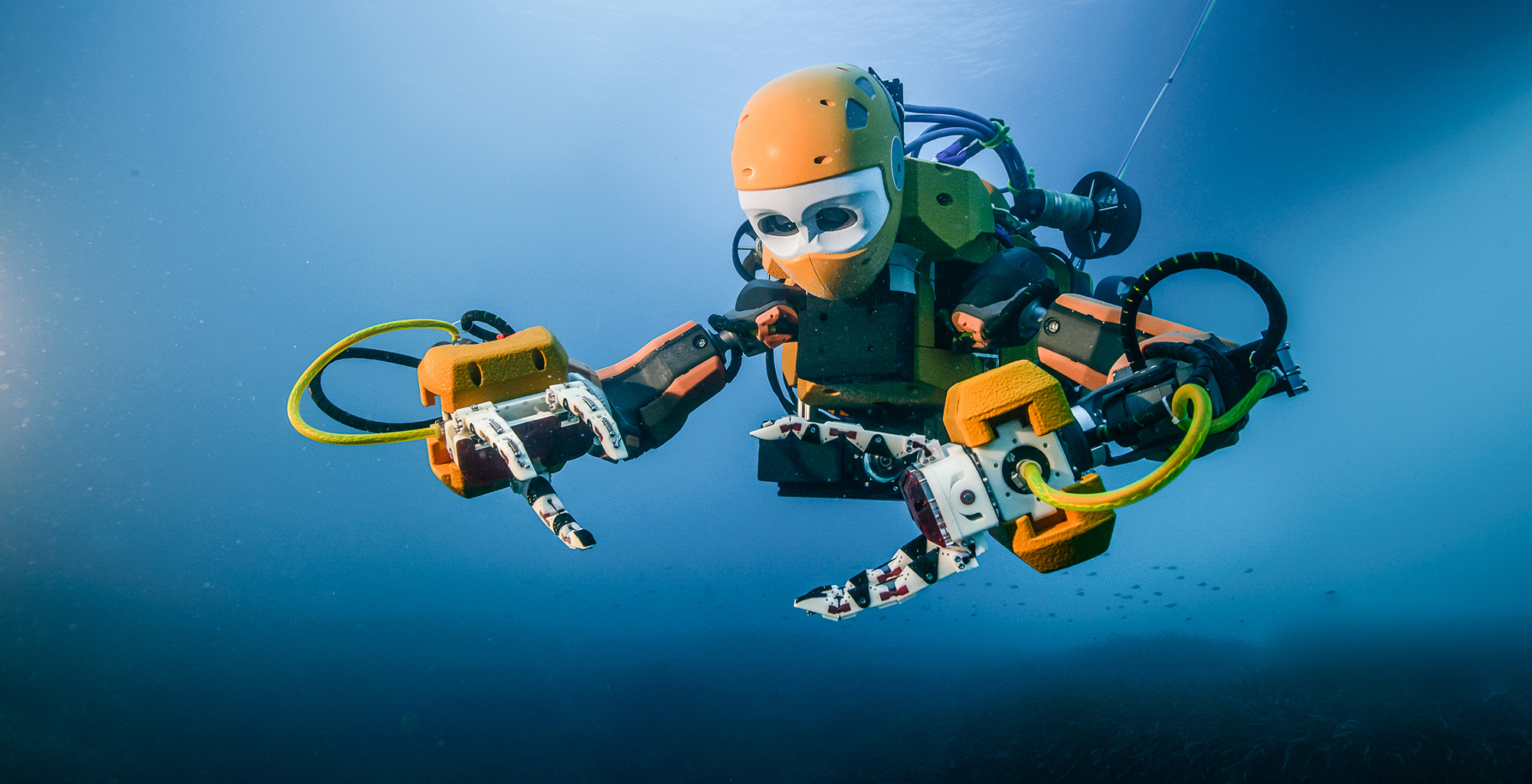 The robot called OceanOne is the brainchild of Aw Dang of Stanford University and was developed to meet the need to study coral reefs in the Red Sea, far below the comfortable range of human divers.

OceanOne is approximately five feet tall, equipped with two fully-articulated arms, stereoscopic vision and eight thrusters. OceanOne has also been fitted with force sensors in its hands to relay haptic feedback to the human pilot’s controls so that they can share the sense of touch. Quick-firing motors adjust the arms to keep its hands steady as it works. Remarkably if OceanOne senses that its thrusters won’t slow it down quickly enough, it will brace for impact with its arms.

While still not available for sale yet, everyone is excited to see what new and exciting ocean realms and treasures OceanOne can discover!

To learn more about OceanOne, please visit their website.

World Ocean Day is June 8th and coincides with Oceans Week in Halifax, Nova Scotia. #Oceansweek runs from June 1-10, with the #H20 conference happening at the DoubleTree by Hilton Dartmouth on June 7th.